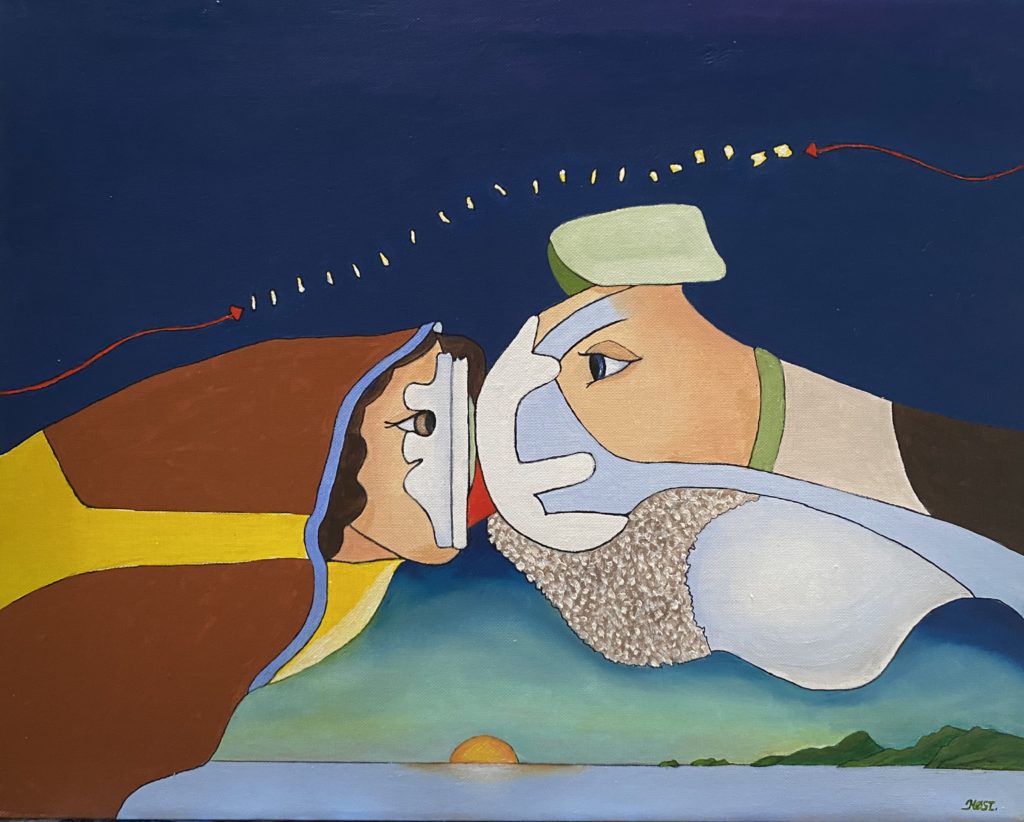 Kirsten Høst is a Danish artist, now living in Denmark, after spending 30 years in London, UK, where she had her first exhibition at the “New Art Centre” in 1982.  Her new phase emanates from a confident belief, that there is a plan for each one of us, and if we search long enough, our true gifts will unfold naturally. This trust has allowed her to find a new vision and a new voice working with oil painting and watercolour/collages.

Kirstens oil paintings are now strongly influenced by geometry, which she sees reflected in all aspects of our universe. This theme was reinforced by her meticulous study and admiration of the great renaissance painters in the museums in Italy, where she has spent longer periods of time, especially in Firenze, Perugia and Venezia.  Kirsten’s work frequently starts with a geometric shape and with an open mind, and inspiration develops a life and vibration of its own.  She believes that beauty, colour, balance and harmony influence us all very much – and so does the lack of it! Therefor she is convinced that it is meaningful and positive to create paintings, which touches the viewers heart – makes him/her feel good – and hopefully convey that love is stronger than fear.

She has chosen to work in solitude for a very long time – because she felt it was the only way, she could find her own way through all the corridors of creative possibilities – always hoping, that one day something would crystallize from her search – that she clearly would see the direction, which was hers.  Her fascination of geometry and her love of colours combined with a wish to express emotions and impressions – a voice – which did not come from her brain, but from her being and she feels she finally have found that.

It fascinates her that the universe IS a geometric construction, and how simple and at the same time how incredibly complicated it is.

Her work has been exhibited in London, Edinburgh, Philadelphia, New York, Palermo, Firenze, Barcelona, Paris, Budapest and in Copenhagen.